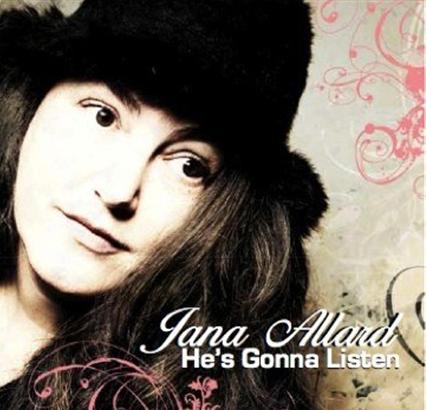 Born and raised in Delano, California, Jana began singing at the age of two when her father held her up on stage and bribed her with a promise of A & W Root-beer.  As a young girl, she was invited to sing at church events, funerals, and weddings. Although her mother had no formal musical  training, she sent Jana to music lessons and critiqued Jana towards vocal perfection.

In 1979 Jana married Brian Allard and moved to Dakar, Senegal, West Africa to be missionaries. While there she played accordion at church for songs she did not understand. In 1982, they returned to the U.S.A., assumed a position as associate pastor at Apostolic Gospel Church of Delano, and in 1994 became senior pastor.

Jana is mommy to Bryce, Blake, and Bryn-Anika.  In 2013, she became mother-in-law to a beautiful girl named Ashlee and welcomed her first grandchild, Lionel Bryce Allard, in November of 2016. Lionel has since become a big brother to Landon (born in 2018) and Romanie (born in 2020). In 2018, Blake married Hailey and they had a son Benjamin born in 2020.  In addition to her duties as mom, music director, office administrator, and pastor's wife, Jana also serves on the Western District Ladies Committee as a sectional director and coordinator for the annual Western District Ladies Conference. She is a caregiver for Points of Refuge and has served as an advisor for My Hope Radio.  Jana enjoys singing, speaking, and writing, but most enjoys time spent with her family sharing laughs. Although she wears many hats, she juggles them well. Those who have heard her speak and sing are touched by her devotion and infectious, fun-filled personality.